Canada is located in North America and has a population of about 36 million people. The first inhabitants of Canada were distinctive groups of Aboriginal people, including the Huron-Wendat of the Great Lakes region, the Cree and Dene of the Northwest, the nomadic Sioux and the Arctic-based Inuit (Eskimo). “Canada” means “village” in the Iroquoian language.

The capital of Canada is Ottawa. Other major cities in Canada include Saskatoon, Montreal, Vancouver, Victoria, Edmonton, Calgary, and Toronto. There are ten provinces and three territories.

People in Canada form and obey lines. Personal space is expected; Canadians leave one to two feet of space when conversing or standing. Punctuality is valued, although it is acceptable to arrive up to 15 minutes after the appointed time.

Many Canadians identify as more than one ethnicity and the country is welcoming of diverse backgrounds. Today in Canada, couples typically share equal responsibility in finances, childcare, and household work. Being aware of Canadian culture will help you or your team accomplish business goals quickly, as misunderstandings are minimized.

Canada has two official languages: English and French. While English is most commonly spoken nationally, French is common in Quebec.

Conversation is diplomatic and calm in Canada. Listen carefully for words chosen to avoid confrontation. Politeness is very important.

Business relationships in Canada are formal. Outside of the office, co-workers may be more casual. The work day is usually about 8 hours, beginning around 8:30 a.m. and ending around 5:00 p.m.

When doing business with Canadians, honesty is imperative. If there is a delay in the project or a request is not possible, explain why and offer solutions to the problem.

Food in Canada varies from region to region. The country covers a diverse geographic area and celebrates a diverse population. Be sure to try: 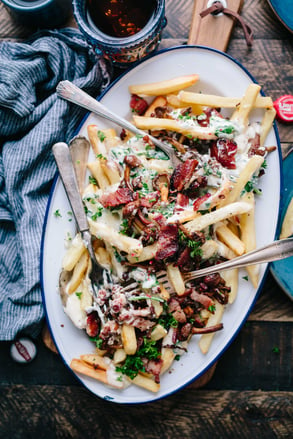 Kindergarten is for children from ages 5-6.

Elementary school is for students ages 6-14 and includes grades 1-8.

After high school, students may attend a technical “college” or an academic “university.” Education is the responsibility of each province in Canada, so some elements may differ across the country.

People travel around Canada by airplane, rail, car, and bus. The Canadian Rail travels the length of the country from Nova Scotia to British Columbia. In the Atlantic areas, ferries are common forms of transportation for passengers and vehicles. In sparsely populated areas, private cars are essential. In large cities, public transportation includes subways and buses. Tickets are purchased at a kiosk, station, or store. The fare is fixed and non-negotiable.

Some of the top attractions in Canada are:

Some of the most beautiful natural parks and spaces in Canada include:

Make multiple copies of your documentation and keep these materials in a safe place. These documents should include the location of your nearest home country embassy in case of emergency. When you travel, always be sure to provide at least one other person with your itinerary. As in every country, there are places that are dangerous to go to if you are unfamiliar with the area. Ask the locals where they do not go, and try to avoid travelling alone and at night when possible.

Heed warnings posted about wildlife or dangerous natural features in Canada. Never attempt to feed a wild animal and do not drive your car off the maintained roads.

If you are moving to Canada or conducting business, Dwellworks is happy to help. View our services here to get started!