Located in Northern California, Silicon Valley is America's high-tech hub for many of the world's largest corporations. The nickname is derived from two fundamental elements from the area's history and geography.

It was in the southern San Francisco Bay Area that the silicon-based integrated circuit, the microprocessor, and the microcomputer were developed--thus, the "silicon" reference. Today, many Fortune 1000 companies and a host of startup companies are headquartered in Silicon Valley. The area accounts for one-third of all venture capital investment in the U.S., which has helped it to become a focal point for high-tech innovation and scientific development.

Silicon Valley traditionally centers around San José and nearby communities in Santa Clara Valley. Today, although its exact physical boundaries are subject to interpretation, the designation also encompasses areas north and east of the original core. The hot spots of Cupertino, Mountain View, and, more recently, Fremont, have made strides to attract the hundreds of corporations that call Silicon Valley home.

The social climate in Silicon Valley is generally consistent with much of today's popular U.S. culture norms. Host to a mixture of various nationalities, the area is more liberal and accepting of all cultures and lifestyles.

In the past, the foreign-born population consisted of individuals seeking a better life for their families. These individuals often worked in the service industry for local hospitals and hotels, serving some of the biggest tech companies in the area. With the burgeoning success of the tech sector, the expat population now consists of individuals from countries where a science, technology, engineering, and mathematics (STEM) educational structure is prevalent, such as India and China.

The big players of Silicon Valley continue to increase their presence in the area with expanded headquarters in each of the companies' niche location. There haven't been any signs that point to decreased activity in the future, so it seems the Valley's popularity will continue to grow.

The Silicon Valley office culture is quite casual. Suits and ties are reserved for those who work in the financial sector, and it is not uncommon to see employees at many of the top companies in the area skateboarding to the office in hooded sweatshirts, cargo shorts, and sandals. 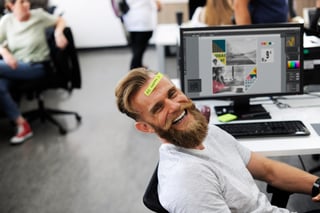 Because of transportation difficulties, many Silicon Valley companies offer free shuttle buses to the office. Other company perks may include free meals and snacks, recreational facilities, access to child care, and in some cases, unlimited time-off policies.

Office hours are generally very flexible, allowing employees to come in and leave the office at a time that is suitable to their personal schedules. Many Silicon Valley tech workers will work remotely at all hours of the day from home or at local coffee shops, as free wireless connectivity can be found at almost any establishment.

Silicon Valley has some of the highest housing prices in the U.S. the median sales pr ice in Santa Clara County, in the historical center of the region, is $1,182,500, and at an average of 23 days on the market, inventory is low and competition is fierce. Homes in popular markets such as Sunnyvale, Cupertino, Mountain View, and Palo Alto are selling at an average of $200,000 above the list price as interested buyers enter into bidding wars over the limited housing stock.

The same goes for rental properties -- a three-bedroom house can start at $4,000 per month. Rentals do not stay on the market for long and regularly follow a pattern of "here today, gone this afternoon." Rentals are not generally listed through a brokerage; rather, properties are found through rental search aggregators such as Trulia and Zillow. as well as the advertising website Craigslist. Basic word-of-mouth also plays an important role in finding the next great available rental.

Silicon Valley has stores that cater to the needs of every cultural cuisine, with grocers selling staples from many countries around the world. 99Ranch Market, India Cash & Carry, and Mitsuwa Food Market are just a few examples. The mainstream grocery stores like Whole Foods and Trader Joe's also carry an exhaustive selection of ethnic foods that satisfy the expat population.

From outdoor shopping to upscale retail, you can shop, relax, or dine in any of the unique shopping districts within the Valley. San Jose has Westfield Valley Fair and Santana Row which carry a wide selection of apparel and technological goods. In the heart of Mountain View is Castro Street. This is a popular spot for nightlife, shopping, and some of the area's best destination dining. Palo Alto is home to some of the best restaurants in the Bay Area, in many cases rivaling the best restaurants in San Francisco. It is a favorite dinner spot for locals living throughout Silicon Valley, visiting tourists and business people from around the world. In addition to the world-renowned Stanford Shopping Center, Palo Alto features a vibrant downtown shopping district. This is a quieter but popular shopping experience with the restaurant district centered around California Avenue, just south of the Stanford campus.

A handful of boutiques dot Big Basin Avenue, the main drag of Saratoga Village – a modest village town at the base of the Santa Cruz Mountains. Stilettos is a popular girls’ day out, offering a wine bar within a shoe store.

Schools in Northern California offer a wide variety of educational experiences – from early childhood through graduate school – with plentiful options of public, parochial, and private schools. Many of these schools meet or exceed state and national education standards.

Due to the population increase over the last 10 years, schools with high academic ratings in desirable areas fill up quickly, and those wishing to enroll their children in their preferred local neighborhood school may not have the option. Now, families are opting to purchase or rent in an area where the entire school district is highly rated, rather than only a single school. The highest rated school districts in Silicon Valley are: Palo Alto, Los Gatos, Cupertino, Saratoga, and Mountain View.

The reputation of Palo Alto Unified School District (PAUSD) as one of the top districts in the United States is by design, not by chance. In cooperation with a supportive community and dedicated parents, the teachers and staff within the districts work diligently to carry out the academic standards to place students on a direct path to academic achievement.

A city that has undergone significant change over the years is Oakland, and its’ schools are no exception. As the city has been revitalized, so have the specialty and charter schools. Oakland residents have a wide range of options, with more than 150 school choices. Like schools in other major urban locations in California, specialized programs foster the learning needs of a diverse community.

Though the Silicon Valley is quite devoted to car culture, the CalTrain is the most popular method of public transportation between San Francisco and San Jose, with weekday commute-hour service to Gilroy. Stops are plentiful between the city itself and the South Bay Area.

The Valley Transport Authority represents both the bus and light rail system. The light rail is much like a trolley that operates within the Bay Area. The system isn’t the best option if you’re in a hurry or need to be somewhere to meet at a specific time however.

Downtown San Jose is a very walkable area, but if you don't feel like walking, the light rail runs right through it with several stops through the city. Rated the safest metropolitan city in the U.S., travelling by foot in the evening is generally very safe. However, it's still a big city so caution and common sense are encouraged.

The big players of Silicon Valley continue to increase their presence in the area with expanded headquarters in each of the companies’ niche locations. There haven’t been any signs of decreased activity in the future, so it seems the Valley’s popularity will continue to grow.

With the promise of constant innovation and employment the hot spots of Cupertino, Mountain View – and more recently Fremont – have made continuous strides to attract the hundreds of corporations who call Silicon Valley home.

Housing and rent prices do not appear to be falling any time soon. In comparison to the boom of activity within the past few years, they have stabilized somewhat due to construction of new properties to help offset demand.

Plans are also in place to improve the transportation infrastructure by extending the Bay Area Rapid Transit (BART) into Silicon Valley for the first time this December. This would make it easier to travel between San Francisco, the East Bay Area, and Silicon Valley, therefore allowing the population to disperse a bit more.

Interested in San Francisco Destination Services? We can help!