DATE HERE
Summer Solstice: How the Longest Day of the Year Reunites Humanity

Despite the world being in tumultuous times, the longest day of the year in the northern hemisphere brings joy to people of every nation, of every race, and of every age. While the methods of celebration vary from country to country, one common detail remains the same: life is celebrated.

Icelanders celebrate the Summer Solstice with a three day musical festival. Here, on the longest day of the year, the sun doesn’t go down until midnight and rises again just before 3 a.m. This continuous sunshine prompts Icelanders to party through the wee hours of the night at the Secret Solstice Midnight Sun Music Festival. Entertainers from around the world are booked in advance for this magical celebration. This year’s event includes artists such as Rick Ross, Big Sean, The Prodigy, Foo Fighters, and dozens upon dozens of other local and international performers. Nothing else unites people quite like music, so it seems only natural to celebrate such a joyous occasion with music from around the globe. 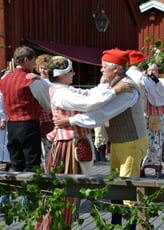 Midsommar, or Midsummer, is celebrated across Sweden, but the celebration at the Skansen Museum in Stockholm draws the largest crowds and provides the full cultural experience. Swedes take to the fields to pluck wild flowers from the ground and put them in their hair before joining hands and breaking out into song and dance around maypoles. Wreath-making, feasting, and drinking snaps (a shot of any strong, alcoholic beverage) are all common activities when the Swedes come out to celebrate the sun during this holiday. 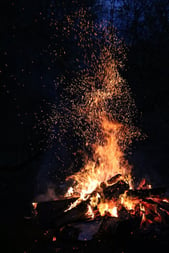 Perhaps one of the most calming Summer Solstice celebrations takes place in Istria, Croatia at Astrofest. Star and planet enthusiasts gather together to share the shortest night of the year and celebrate the first summer sunrise. Bonfires, folk songs, and tasty foods are all enjoyed throughout the celebration. This feast is alcohol-free and children are encouraged to participate, as activities surrounding fairies, elves, and other mystical creatures are developed to honor the ancient myths of the real and unreal worlds. Upon sight of the first rays of the summer sun, drums are heard throughout the crowd, adding an instrumental element as the mythical creatures of old unite with the land and sky.

Cleveland may not be known internationally as the place to celebrate the Summer Solstice, but locals and art enthusiasts flock to The Cleveland Museum of Art, one of the world’s leading art museums, for Solstice, Cleveland’s very own Summer Solstice party. Thousands of event goers are able to explore the museum’s halls late into the night and enjoy both local and international music on two performance stages, making this one of the most anticipated events of the year in Cleveland. 2017 marks Solstice's ninth annual celebration.

The White Nights Festival encompasses the summer months, with events climaxing on the Summer Solstice and other days with the most light, locally known as the White Nights. Ballets, concerts, operas, and performances in St. Petersburg’s most prominent theaters and concert halls lead up to the Summer Solstice weekend, when the Scarlet Sails Celebration commences. Brilliant fireworks, illustrious water displays, and heart-warming music fill the sky with sound, light, and excitement, as thousands of celebration-goers gather to watch this dazzling festivity that honors life and the sun.

Although not a celebration, eager tourists, and even locals, converge around the Great Pyramids as the sun begins to set. On the Summer Solstice, the sun descends directly in between the largest of the pyramids. Even Mother Nature honors the ancient pharaohs buried within the only remaining remnants of The Seven Wonders of the Ancient World.

To honor summer and the life of the renowned Chinese poet, Qu Yuan, the Duanwu Festival in China takes place every year. Although the date of the Duanwu Festival changes yearly, it is still considered to be the starting mark of summer. Thousands of Chinese people take to the water to race large boats shaped and painted like dragons, while others gather on river banks to watch and cheer on their friends and family. A multitude of dragon racing festivals occur across China and other Asian countries, but one of the largest sets sail at the Xixi National Wetland Park, in Hangzhou, China.

Other Celebrations on the Summer Solstice

Other celebrations share the same day as the Summer Solstice. The International Day of Yoga spurs yogis to cumulate and practice the art of meditation in ginormous numbers. One of the largest gatherings of yoga enthusiasts takes place at Time Square in New York City, New York, where yoga begins at 7 a.m. and continues until sunset on the Solstice Day. Other yoga celebrations occur around the globe, as people emerge from their homes to practice yoga on the longest day of the year.

June 21st also shares its title with World Giraffe Day. Zoos hold events for the tallest mammals on the longest day of the year, and in many African countries, the giraffe is honored by various conservations. On this day, miscellaneous wildlife conservation funds around the globe promote campaigns to save the dwindling giraffe population.

National Aboriginal Day, one of Canada’s most revered holidays, also shares its date with the Summer Solstice. This holiday honors the cultures of Canada’s first groups of people- the First Nations, the Inuit and the Métis. Canadian officials chose to celebrate their ancestors on the Summer Solstice because this day was sacred to the indigenous people. Festivals and barbeques are both common methods of celebrating this multi-holiday.

Hundreds of other celebrations unite people of every culture to celebrate life, history, and Earth. This Summer Solstice, take a moment to remember the quality of life, the journey of our ancestors, and the importance of preserving the world.