While the layout of a German apartment is similar to an apartment in the United States, the amenities vary greatly. This is something that Max Dunlop, the Vice President of Project Management at Dwellworks, and his wife, Karla, realized when they moved to Germany for two years. 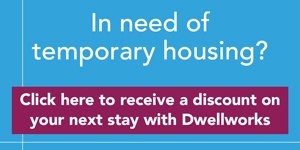 To read more about other cultural adjustments Max and Karla faced in Germany, such as transportation and dining, click the button below: