This article was originally posted by Nicole Barile, the Director of Intercultural Services at Dwellworks. To view the original post on Pulse (via LinkedIn), click here.

In the intercultural field, communication is key. When working with other cultures, one must learn how to adjust her communication style all the time. We know communication is made up of both verbal and non-verbal styles, so paying attention to eye contact, gestures, facial expressions, and use of space are just as important than the words we choose to speak.

So what about whistling? Does whistling fall under verbal or non-verbal communication? Let's first take a look at both types of communication to understand them better.

The confusion as to whether or not whistling falls under verbal or non-verbal communication lies in its usage. Most people would agree that whistling is commonly used as a musical effect; this type of whistling is done for entertainment or to keep someone's mind occupied...or because you just can't get that Justin Bieber song out of your head! Then there's the use of whistling as a spectator, such as with sports; here, it's used much like applause. Whistling is also part of many superstitions and can be used to attract bad luck or summon supernatural beings. In these examples, whistling would fall under non-verbal communication. There are no words present, and if a message is trying to be conveyed, the whistling is merely a representation or expression of words.

So what about whistling as a communication style? While an endangered language, whistled speech is used by many groups around the world. Among these groups, whistling is used to emulate speech and facilitate communication. This type of language allows fluent whistlers to transmit and comprehend a potentially unlimited number of messages over long distances.

Whistled speech is used on the Greek island of Antia, and locals are trying to keep the language from going extinct. 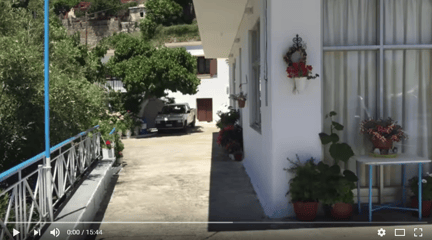 The Chinantec people in the state of Oaxaca also use whistling to communicate with one another. 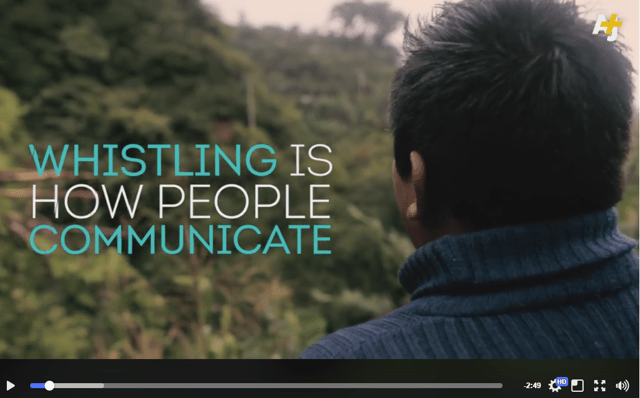 Others that use whistling to communicate are the people of La Gomera in the Canary Islands; the villagers of Kuskoy, Turkey; and the Yupik of Alaska. While whistling as we know it is not typically considered part of verbal communication, these groups are using it in place of words and speech. I would argue that whistled speech is a form of verbal communication, and one that, like spoken language, must be protected and preserved, lest it become extinct.